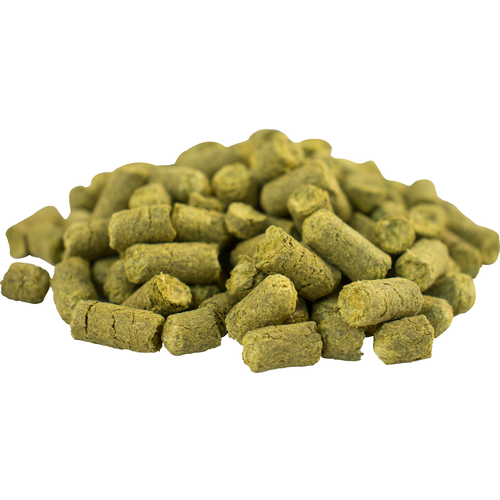 A triploid seedling of the English Fuggle variety, Willamette is the most widely grown hop in the U.S., originally released from the USDA Breeding Program in 1976. Somewhere between English and American, the aroma of Willamette hops is its main application in brewing. Slightly spicy with floral and fruity notes, Willamette can be utilized in just about any beer style, but is commonly used in English Ales, Golden Ales, and Brown Ales.
Willamette pairs rather well with numerous other hop varietals, often times bringing out and complementing their aromas. Both Fuggles and Tettnanger are good replacements if you can’t seem to find Willamette pellet or whole hops.